Developed by the «Ice Code Games» studio, the project, called «Re Legion», is a fascinating strategy with RPG admixture, the events of which unfold in the vast world of the cyberpunk and alternative future. In this game, you will have to take responsibility for controlling the Prophet. A new faith, in which you must convert people and citizens of your city, completely eliminates violence, but only at the very beginning. Gradually, the Prophet forgets about the goals he was pursuing initially and now destroys all dissenters. You, having taken control of the Prophet, will have to make responsible decisions, involve people in your faith, perform moral actions and do everything to completely change the world. 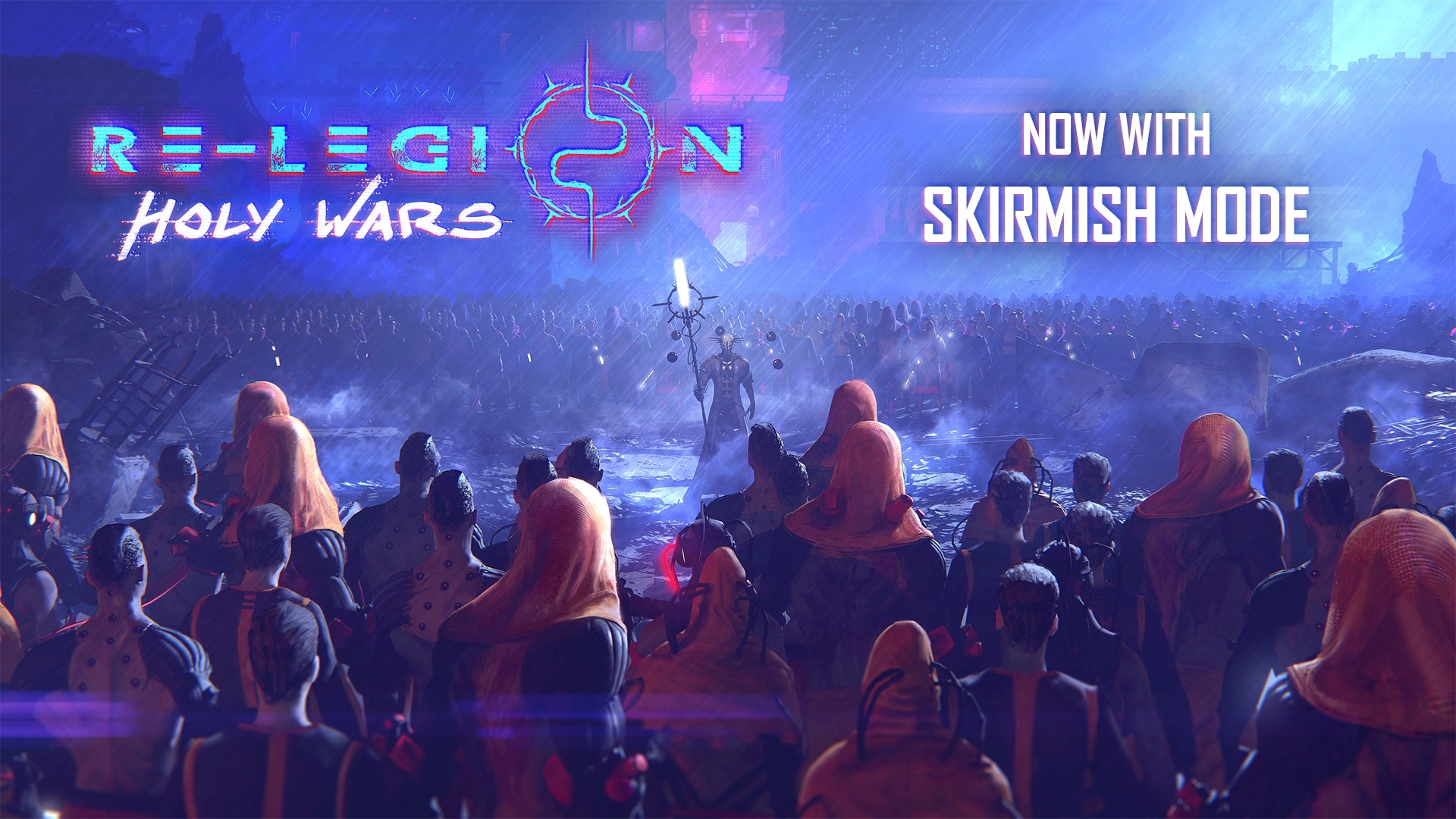 As for the gameplay Re Legion, it is unique in all areas without exception. For the first time you get the opportunity to increase the number of units subject to you by simple recruitment. Each citizen of this city can be captured by you, each you can convert to your faith, and each will eventually obey you, fulfilling all your instructions. All units recruited by you carry out certain tasks and orders. Some may arrange hacker attacks on regions in which there is too much dissent, others will be able to participate in direct clashes and destroy opponents, while others will play the role of your personal guard. A lot of morally complex decisions, a huge number of mass battles, the fight against dissent and own ambitions, excellent graphics and cyberpunk — all this is not a complete list of what this game would be worth setting every fan of the genre without exception.